Does you MacBook Pro Notch obscure some App Controls?

Most developers are updating their apps to ensure that no controls or menu bar items appear blocked or hidden by the notch, but if you use an older app that doesn’t play nicely with the notch, there’s a fix.


The new 14-inch and 16-inch MacBook Pro models feature a camera housing built into the screen, resulting in a notch like that on the iPhone. Most developers are updating their apps to ensure that no controls or menu bar items appear blocked or hidden by the notch, but if you use an older app that doesn’t play nicely with the notch, there’s a fix. Quit the app if it’s running, select it in the Finder’s Applications folder, and choose File > Get Info. In the Info window that opens, select “Scale to fit below built-in camera.” The active area of the display resizes so everything appears below the notch, slightly reducing the overall screen space. This checkbox won’t appear once the app has been updated to avoid the notch. 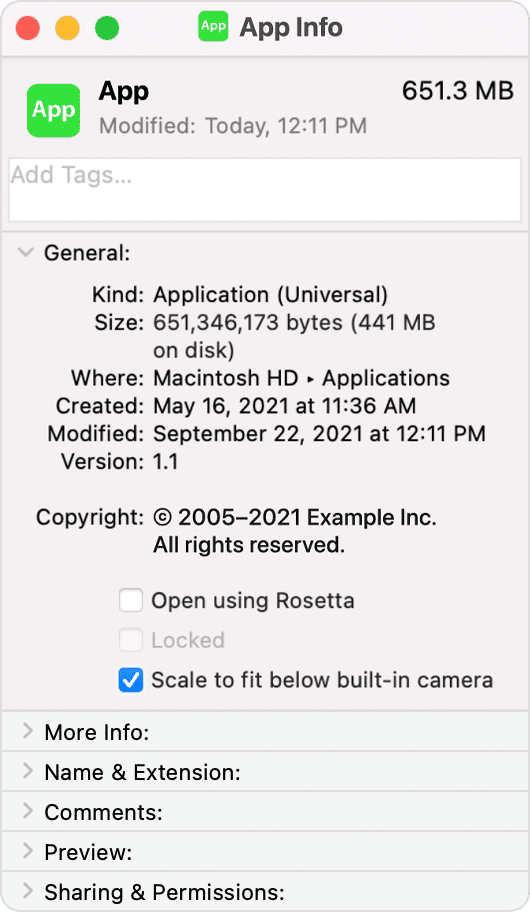 ← Prev: FaceTime with Anyone now! Plus some Cool New Features. Next: Apple’s new Focus feature helps you... Gain Focus! →