We all know someone that suffers from Spontaneous Gluteal Call Connection Syndrome (SGCCS) and it may even have happened to you. But not to worry, GCCS, or Butt Dialing as it is commonly referred to, is easily preventable.


We all know someone that suffers from Spontaneous Gluteal Call Connection Syndrome (SGCCS) and it may even have happened to you. But not to worry, GCCS, or Butt Dialing as it is commonly referred to, is easily preventable.

This problem is wide-spread, and can have many different results. 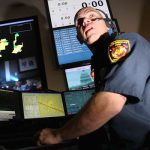 Nearly 40% of the 911 calls to New York City Emergency Services are not for actual emergency according to a New York Daily News report. Sometimes the call can have serious results. Back in 2011 when a husband “accidentally” called his wife on the way home from his job at a school Monday, “he was listening to music and he had, I don’t know, hip-hop … or music like that, where there were lyrics that were gangster-like,” a school official told the Chicago Tribune. The police chief said that, “the conversation led her to believe there was someone holding him hostage,” and she called 911.

The result: SWAT teams descended on the Illinois middle school. More than 30 officers, armed with automatic weapons, circled the school looking for a gunman, and the all-clear wasn’t sounded until three hours later, when the man was discovered to be perfectly fine and at home. Despite the wasted effort, police don’t appear too concerned: No one will be charged, and the chief says, “It was good practice.” As for the butt dialer? Says the school official, “He’s embarrassed.”

Granted, the opposite can happen as well, Spontaneous Gluteal Call Connection Syndrome (SGCCS) has saved lives. Police in Jonesboro, Arkansas, said that Larry Barnett, accidentally dialed one of his former employees picked up the call heard Barnett discussing plans to have the employee murdered he contacted police, KAIT-8 reports. Among the comments Barnett allegedly made to a third man: “I don’t care if you have to burn his house to the ground with him in it. I don’t care what you have to do, make it look like an accident.”

The result: Police went to the intended victim’s home; it had been burglarized and someone had tampered with the gas stove. Barnett was arrested and charged with conspiracy to commit murder. 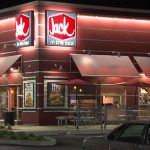 Most calls are just humorous, and something to laugh about. I once got a phone call from a close family member on their way home from work. The call went to voice mail and ended with a 45 minute long message. You have to give credit to AT&T for recording that long of a message. Who knew you could leave a message over just a few minutes?

The result: I now know this family member likes listening to a combination of talk-radio, movie soundtracks and pop-music. Tries to sing when alone. Really likes Jack-In-The-Box tacos and fries. And has a very heavy set of keys that make a lot of noise when they get home. 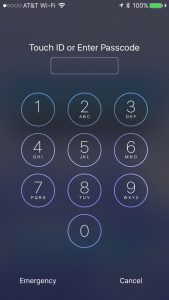 Butt what can I do about it?

When most people have noticed that they just accidentally dialed someone, they seem to note that it typically happens right after they hang up a call and have the phone app open when they put the iPhone away. To prevent accidentally dialing someone after a call, just hit the power button on your iPhone. Once you hit the power button, your iPhone is locked. If you get in the habit of locking your iPhone, and spread the word, Spontaneous Gluteal Call Connection Syndrome will be a thing of the past.

← Prev: Scareware on your Mac Next: Setup your iOS Medical ID →

The page you requested could not be found. Try refining your search, or use the navigation above to locate the post.